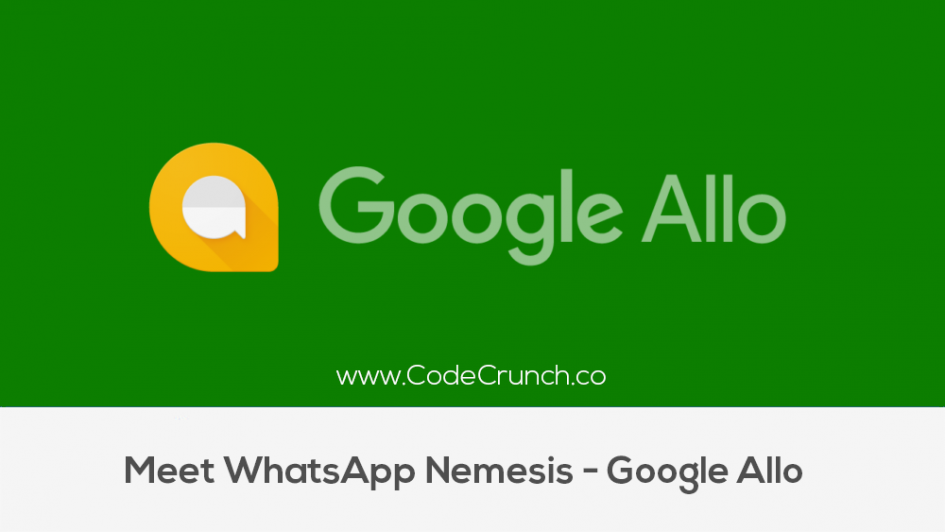 Today google launches it’s most awaited messaging app Google Allo like most of the time, we expected a silent rollout and again google didn’t disappoint us. With strong control over play services in android devices, the rollout was silent yet buzzing.

Google sends an invite to registered user to checkout Allo, and people starting receiving the buzz. Initial users were not hesitant into showing off their quick availability to their contacts and Allo era has started.

Google has a tendency to launch multiple products in the same genre and decide the best outcomes from it like hangout survived and Gtalk died.Allo is different, it’s not just another messaging app, competition is direct with Facebook messenger a likewise Bots, and in the field of messaging apps where WhatsApp dominates and enjoys being on the top spot, Google tried to create something that hangouts could not achieve. With Allo google packs a punch of its deep search capabilities, combined with google now and placed all together into a single package, that is powerful yet easy to handle.

With google assistant integrated inside a conversation, it pours more substance to a conversation, allowing a user to get result directly into the chat box. With exciting features like Goole assistance, google image search prediction, incognito in conversation google tries to bring out some excitement back into chatting apps.

Now the question arrives? Allo a WhatsApp killer ? too early to say, no one can predict your customers, but one has to say google, never loose hope !